Saitama City was born on May 1, 2001 as a result of the merging of Urawa City, Omiya City and Yono City. As a result, Saitama City has inherited the unique images nurtured by these three cities, such as “Urawa, the academic city,” “Omiya, the city of railways and commerce” and “Yono, the city of art and culture” as well as attractive cultures such as “soccer,” “eels,” “bonsai” and “manga.”

After becoming a designated city in 2003, Saitama City merged with Iwatsuki City in 2005, a city with a rich history as a castle town and culture including doll-making. Saitama City is now a major city with over 1.27 million people that is continually developing and growing.

To take full advantage of the potential of culture and art and make our city a place for vibrant and spiritually enriched living, the Creation of Culture and Arts City Ordinance was enacted on April 1, 2012 to create a “city of culture and art.” Saitama City has since been promoting comprehensive urban development utilizing its diverse historical cultural resources as well as culture and art including bonsai, manga, dolls and railways.
This year marks the fifteenth anniversary of the foundation of Saitama City.

Saitama Triennale 2016 will be held as one of the core projects and be a symbol of the creation of the Saitama City of Culture and Art in this milestone year.

The theme for this event is “Envisioning the Future!”

Set in Saitama City, home to over 1.27 million residents, this event will be more than just an art festival. Our wish is to make this event a celebration of the imagination of our citizens, where residents collaborate with artists in a search for the future. Reflected in this theme are the fervent wishes of Triennale director Takashi Serizawa.

Based on the theme “Envisioning the Future!” artists at the forefront of their fields in Japan and abroad will visit and reside in Saitama City, developing a variety of art projects throughout the city while interacting with residents.

We are confident that the Saitama Triennale 2016 will create and promote the innovative and urban culture of Saitama, developing human resources to support this culture. We also believe that the event will lead to the revitalization of areas, offering wonderful opportunities to envision the future for the citizens of Saitama City and for people all over the world.

Lastly, please allow me to extend my gratitude to all those who will provide their generous support and cooperation to Saitama Triennale 2016.

The aim of the Saitama Triennale is to create a common ground in the City of Saitama in 2016 that is wide open to the world for creation and interaction.

Japanese society is reaching a turning point. The conventional values and structures on which we have relied have been shaken to the core, a phenomenon that is being experienced throughout the world. It is becoming harder for us to project into the future.

We need to re-examine our future by spreading the wings of our imagination. We cannot simply accept the future that appears before us, we need to use our own abilities to take a fresh look at where our lives will reside.

This idea led me to ‘Envisioning the Future!’ as the title for the Saitama Triennale 2016.

Numerous international bi-annual and tri-annual art festivals are being organized in various cities these days. Being held in an urban area, I would like to see the Saitama Triennale be open to everyone who has any relationship to the city. A city is not just a collection of buildings and roads, it is an aggregate of the lives of people and the temporal processes of history and culture. I would like to think of this Triennale as ‘soft-urbanism’. It will be a social experiment in rejuvenating urban life by breathing creativity through the windows of art and culture.

The creation of festive spaces is essential, but I would also like to emphasize low-profile efforts that sow the seeds of creative community activities that will continue to grow even after the Triennale, and prepare social structures to support the sustainable development of such activities.

Art vividly evokes alternate realities, different landscapes, forgotten feelings, faint screams, modest everyday pleasures, and unexpected possibilities. It gives us a window into our past and fresh eyes for dreaming our future. Saitama is the best representation of a ‘living city’ in Japan. It sustains the life of ordinary people and a variety of citizen initiatives are unfolding in the city. It is the perfect setting for envisioning the future in which we will reside.

Each art project will become an opportunity for artists and the people of Saitama to meet. Artists visiting the City of Saitama will stay for a period of time, interact with people living here, share creative processes with them, and produce work that could only have been conceived by living here. At the site of interaction and creation, you as a citizen sharing the moment with an artist will be inspired by his or her intuition and be led to envision the future of which you will be a part. 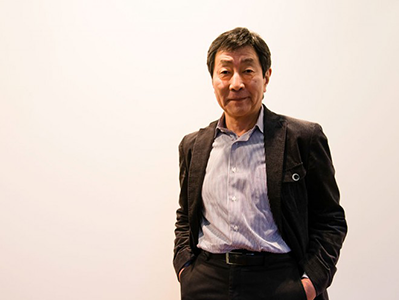 Saitama Triennale 2016 will be held, under the concept of “soft urbanism,” as a demonstration initiative to breathe creativity into the city’s activities with a core of culture and art.

The “locational characteristics” of Saitama are important.

Home to over 1.27 million people, three areas with unique characteristics are set as main venues and projects that take advantage of the locational characteristics will be developed.

In the core “Art Project,” artists at the forefront of their fields in Japan and abroad will reside in the city and create projects that can only be conceptualized at the specific sites under the theme of "Envisioning the Future!”

We will aim for “an art festival that is made and participated in together.”

We emphasize projects that will arouse the interest of people living in Saitama City and that encourage them to participate in the creation process.

Specifically, we will develop projects in which residents can participate in various manners, such as holding a music event as a collaboration of residents and artists, as well as artists interviewing many citizens, requesting the provision of materials and holding interactive workshops in the process of creating artwork. Through these projects, we aim for “an art festival that is made and participated in together.”

The art festival will form buds for continuous activities after it ends.

We will try to create as many buds of activities as possible that will enable residents to voluntarily and continuously develop after the triennale, which will have served as a trigger; such as implementation of participatory art projects and resident projects, as well as the establishment of an “Artist on Site,” a new initiative to connect art and communities. 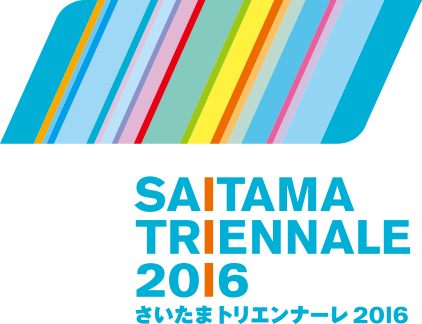 The vast Kanto plain, clear and expansive skies, abundant water – I have expressed the many charms of Saitama City in the form of colors.
To lead into the Triennale’s concept of “Envisioning the Future!” I used a blue base to express the infinite breadth of the sky and the water.
The parallelogram evokes the shape of Saitama City, while the blue lines on either site represent its rivers.

The rectangle with added angles evokes the shape of Saitama City, while the blue lines on either site represent its rivers. 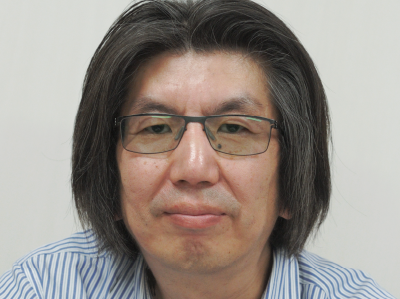 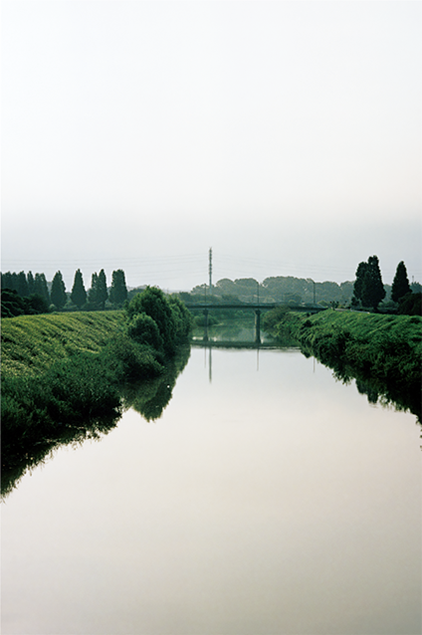 As someone who had grown up and stayed in the Minuma district of Saitama city until the age of 20, the rice field in Minuma seemed like the centre of the world to me. It was somewhere I could always came back to, no matter where I went. Anywhere can be a precious place that can seem like the centre of the world to those who are inhabiting it; no matter how subtle it seems to be to the other. I dream of shooting beauty in something which is too natural to realise, even if one can always see it. With these photographs, I wish to create artworks wherein people can sense exactly how rich the world is.

On main image
As can be clearly seen in this photograph, Rika Noguchi reveals the undiscovered mystique of ordinary landscape, and in doing so, brings a revitalised radiance to it. And this is exactly what I look for in art, what is to say; its magical power.

Noguchi, a photographer based in Berlin, looks at the landscape of Saitama where she was born and has grown up through a new lens. The river featured in this image is Shibakawa, one of the many rivers running through the city. Despite the fact that river is always out there, many people cease to realise its particularly special moment; as a quiet and presentient face of the river. And to realise this beautiful but often fleeting blink would be exactly what I think of as ‘envisioning the future!’. Thus I have no hesitation in featuring this photo image as a symbolic representation of the spirit of Saitama Triennale 2016.